Somehow, it's been nearly two weeks since I blogged. I have hardly been sewing, and have barely looked on any social media in that time either. A belated happy new year and happy holidays to you all, though :o) It's actually been a really nice break as all my children are at home until early February, and we've been spending heaps of time playing board games and playing outside (when the weather has actually been okay. Worst summer ever so far.)

Huge apologies to you who are joining in the Midnight at the Oasis QAL for my complete lack of posts in the last month. I haven't touched mine in a long time, but Sharon has completed her quilt top and has written great posts about the final two borders. We have a few trips away over summer, so I'm hoping I'll at least get the applique done while we are away.

Fabriholics Anonymous is in full swing, and we've had lots more people interested in joining us over the last week, so Rebecca has reopened the linky party if anyone else wants to join us. I'm feeling incredibly positive about the whole thing at the moment (yes, fully realise it's only day five) especially after reading Jodi's post reflecting on her fast last year.

The little sewing I have done over the last few weeks has mostly been piecing and quilting my Oakshott Lipari stars. 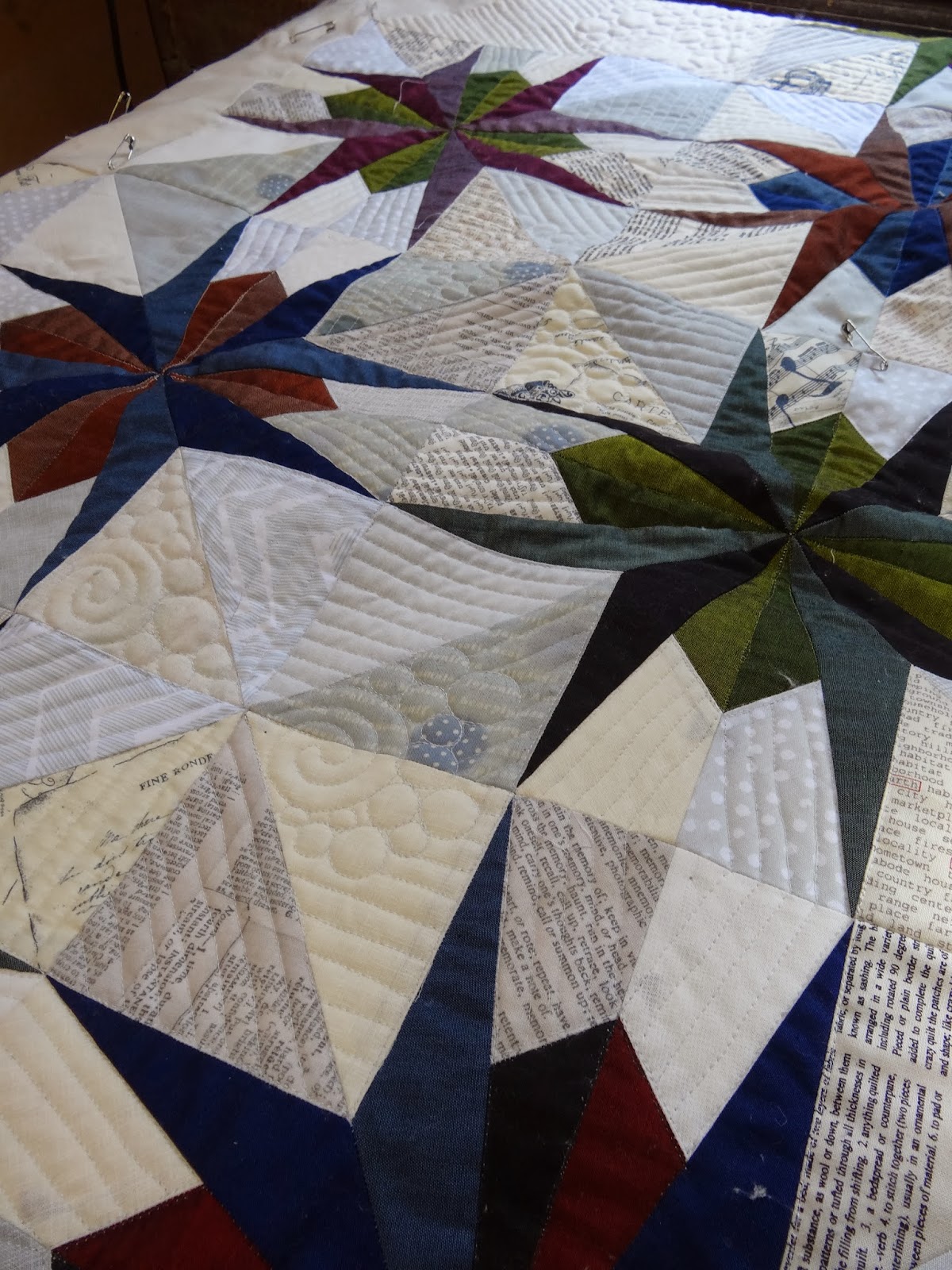 I'm quilting it using a combination of straight lines and pebbles/swirls, in a similar way to how I quilted the final border of my Marcelle Medallion. Hopefully I'll get it finished in the next week or so..

I'm hoping to get back to reading blogs again this week, so I'm looking forward to seeing what everyone has been up to!

Always great to see what you are up to Jess! Savour (my 'word' for the year!) the quiet time- it is gone all too soon!

Looks like another fabulous quilt. Your quilting is beautiful


Hello admin I am interested in your topic.
Is there a feed subscribe via e-mail box?
Your article is very high quality, and very useful for your readers
I am eager to learn and share experiences directly, but we are in different places,
and I can only learn by reading your article.
Thank you for sharing, and dont forget I said thank you very much
I am a furniture manufacturer from Indonesia
Here is a piece of furniture that I want to introduce to you:

Beautiful job on the quilt Jess

Missed seeing you around! Glad you're having good times with family. The quilt looks amazing!

I felt like something was missing from my life and now I realize it was you! ;) I hope you had a wonderful time with your family. I've been slacking on the blogging too!

Just having a little laugh about the comment from the Indonesian furniture manufacturer!! Enjoy your summer and your quilt looks amazing as always :-)

Gosh I love the Lipari Stars and what a great selection of neutrals! Jess is the pattern available online or in stores?