Etsy is a fabulous resource for anyone one with an interest in handmade, vintage or craft and sewing supplies. It has mostly been etsy that has fed my fabric addiction and I have spent hours upon hours looking through all the incredible fabric that is available. There are also a massive range of quilt patterns (mostly available as PDF) amongst pretty much every other type of pattern you can think of. Even better for someone like me, is the fact that many people are happy for you to sell quilts you have used their patterns for, provided you acknowlege them when listing your item.

So when I saw the pattern for Lovely Little Pinwheels by Little Louise Designs, I had to try it. I mostly make much more simple quilts that showcase fabrics (simply because I love to make the most of the design of the fabric and not chop it up too much). But I had a stack of Kate Spain's Fandango fat quarters that I didn't know what to do with, so I gave this one a go. Not to say that I don't like Kate Spain fabrics (she is one of my fave designers) - I just don't really like pink and had bought it intending on making a dress for my daughter. Which I did in the end, but I had heaps of large scraps and got a few more pieces along the way... 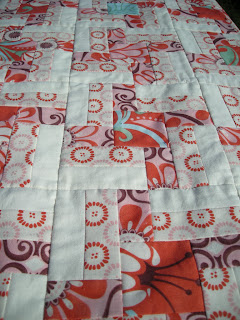 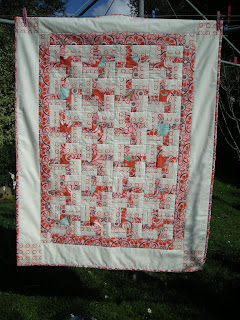 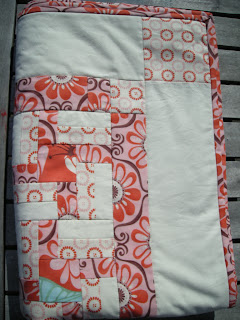 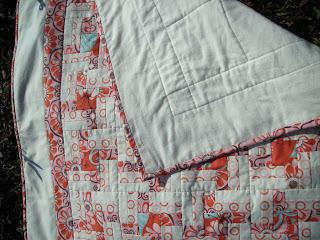 So a big thankyou to Little Louise Designs for the use of her pattern (very easy to follow and surprisingly quick to make!) My Fandango quilt is available for purchase here.
Posted by Jess @ Elven Garden Quilts at 21:29 2 comments:

I get excited about fabric a lot, but especially so when it comes to fabric designed by Saffron Craig - they are just so inspiring and gorgeous!

I have finally finished my bird tree quilt, made using fabrics from the amazing Saffron Craig's Bird Tree range. I started this one ages ago (I only had a few small pieces of her fabric and bordered the squares with yellow - which I just didn't like). I got hold of some more of her fabric and designed the quilt to use more colours for the borders and am so happy with the result. 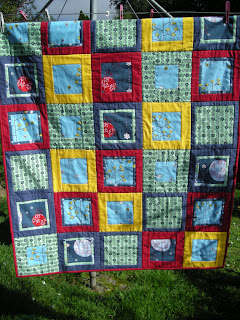 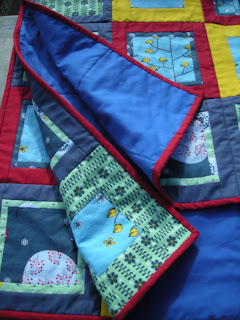 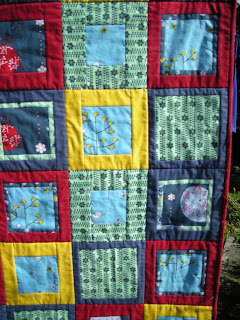 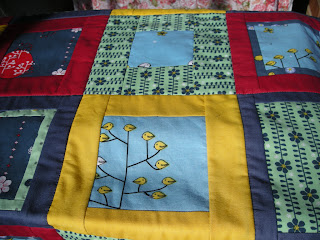 This one is up for sale in my made it store (link here) - and I am working on a cushion to go with it which will be listed in the next day or two.

Posted by Jess @ Elven Garden Quilts at 09:59 No comments:

Why the Elven Garden?

Well, as a stay-at-home mum to three gorgeous little people (nearly 1, 4 and 6) and a as a science graduate who doesn't really want to return to a lab I - like so many other mums out there - had been trying to think of a way I could work from home. But not just any job. I want to love what I do, not get sick of it (like making the same thing over and over) and actually make a bit of income at the same time.

I finally convinced my other half that a sewing machine would be a great present, and decided on an Elna Elina 40SP - which was a great little machine. Much to his (and my!) surprise using my machine became a nightly ritual - often 'till ridiculous hours in the morning (which meant serious coffee overload the next day). But its safe to say I became well and truly addicted.

My sewing took over a small part of our kitchen table to start with. I would pack my machine away each night, and clear off most of my fabric and other bits and pieces. But slowly but surely over the next few months, I stopped packing it away (Oh, perhaps I could do a bit when baby is asleep/boys are playing outside/I have a few minutes to myself, etc etc). As a result we didn't really have a kitchen table for a few months there. But in April this year we bought a new house. Which had a dedicated study. Which has now become my sewing room (with a computer in it...) I found my little Elna just didn't cut it when it came to quilting so I upgraded to a Bernina 440QE - and I LOVE LOVE LOVE it! I think I have actually become even MORE obsessed with sewing - and have well and truly caught the quilting bug :)

The Elven Garden part? Well this is my view from my sewing room 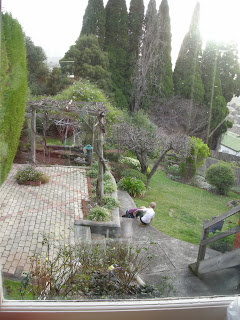 Am I lucky or what? A few more shots of our magical garden (which really is a complete inspiration!) 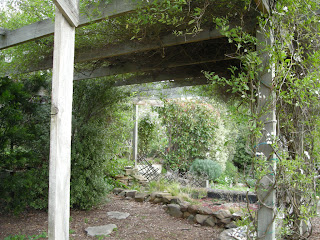 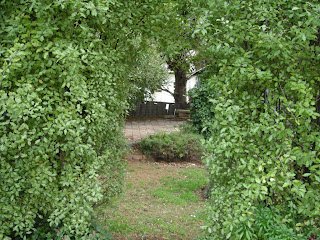 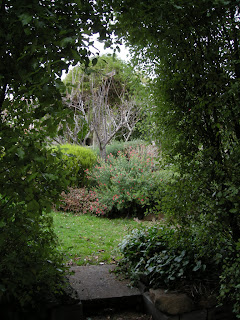