I'm participating in the Name Game Swap hosted by the lovely Anorina over at Samelia's Mum (there is word there'll be another round after this one, so keep your eyes peeled - its a great little swap!) The deal is you need to make a small quilt (around 10" x 12" minimum) with the name of your swap partner or their blog on the quilt. I've been stressing  trying to work out how to do it for the last month or so, and then inspiration struck (helped along by this quilt) and I decided to try writing the name on my quilt using free motion quilting. It's worked pretty well (well, second attempt has!) so I thought I'd share with you how I did it. 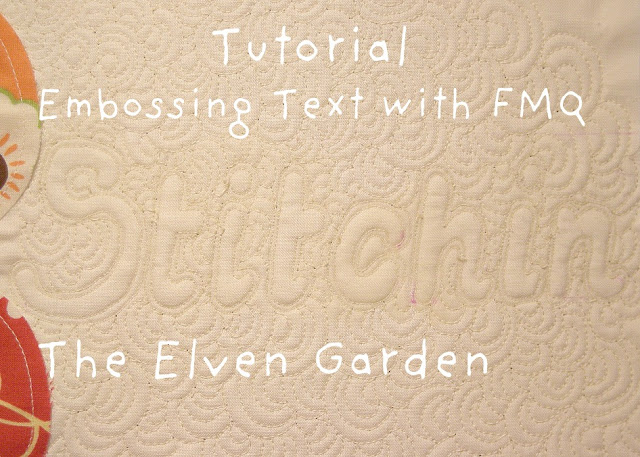 First of all, you'll need some sort of marking tool that can be removed. A quilter's chalk pencil would work, although you'll need a pretty fine line (and I've never had any luck sharpening mine to a fine point). I bought this pen about a year ago for marking fabric when I was making clothes and its excellent: 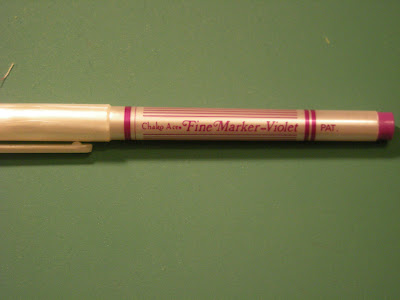 It's purple so it shows up well on most light-medium value fabrics. Because I made this quilt with a cream solid it showed up really well. And it 'spontaneously dissolves' so it disappears easily (DO test this first though!) - especially if you wet it a little with water.

Mark your fabric before you make the quilt sandwich - its much easier, and your fabric will be flatter than once you have basting pins in it. I drew a few lines on to start with, to keep my writing straight and the same height (but if you wanted a more random text you could leave out this step). 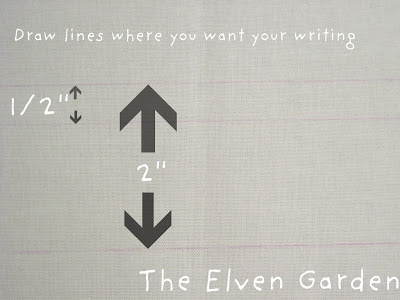 I chose to make them about 2" high, with a second line 1/2" down for taller letters (the top line was for the first letter). Then write your text along your lines: 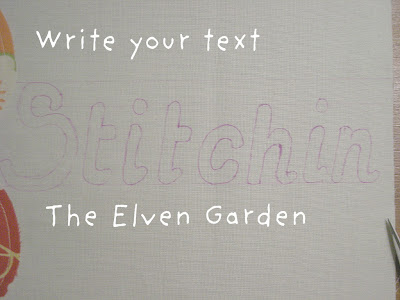 The space within each letter here is about 1/4". My first attempt I did it much narrower (around 1/8" wide), and when I quilted around the letters, they disappeared into the surrounding quilting. 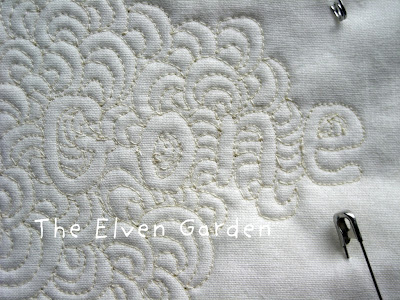 I find it hard  impossible to make my FMQ any closer together than 1/8" (these echo shells are about 1/8" apart) so I needed to make the letters thicker so they would be visible. If you're a fabulous quilter and can quilt more densely, you could make your letters more narrow :) My second attempt, the letters were much more visible. So, once you've marked your letters make your quilt sandwich and get ready to sew!

Now I have a Bernina with BSR so I can set my stitch length to whatever I like which makes this part a bit easier. If you have BSR, set your stitch length to 1, and take your speed down to the lowest setting. If not, try to make your stitches as small as possible as your stitching around your letters (this will help them 'pop') 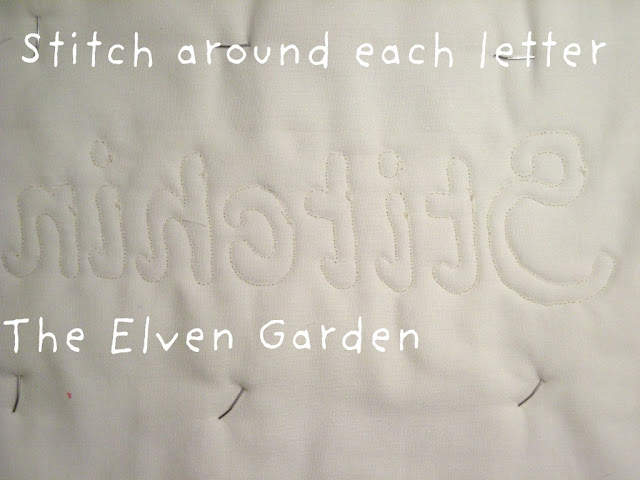 I've shown the back here, as its easier to see than with the marker pen on the front side. I started and stopped after each letter. Next, sew another row of stitches around each letter, as close as you can to the first stitching. This was a little under 1/8" away. 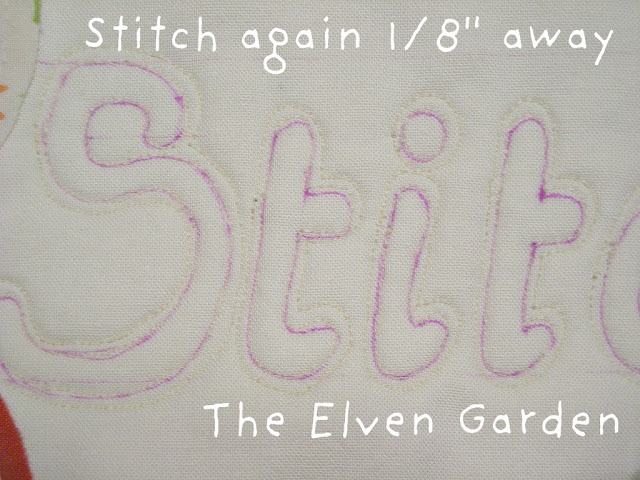 The back view shows it better I think. For the smaller areas inside the 'o' and 'e' I spiralled in after stitching around the circle. 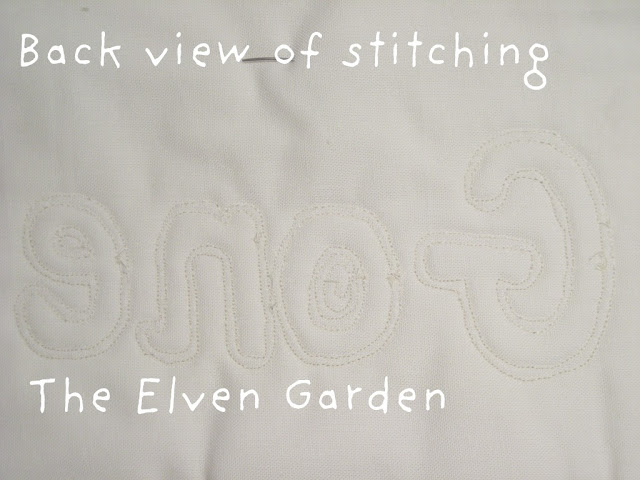 Once you've stitching around each letter, simply use whichever FMQ design you want, and quilt in and around your writing. The denser the better - this will make the surrounding area flatter, and help your writing 'pop' as much as possible. I've used an echo shell pattern which is really easy to do. There are heaps of styles that would work though (even dense stippling would look great) - a brilliant resource is the Free Motion Quilting Project. 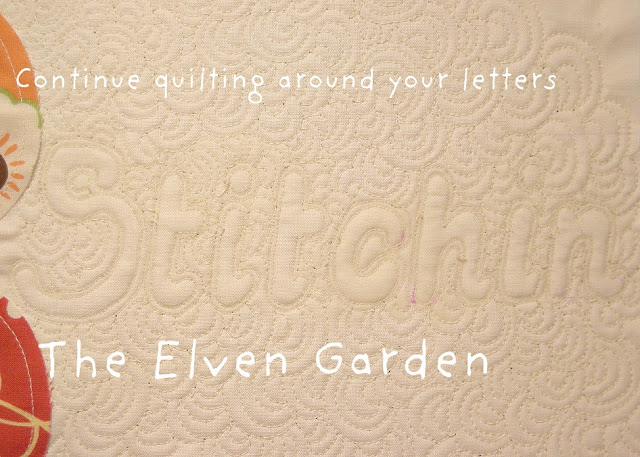 Thanks for checking out my tutorial! I'm linking up to Tutorial Tuesday and Manic Monday :)

Very cool! I thought that was trapunto to start with

Thanks for sharing the great tutorial. This looks great.

This is beautiful! Great tutorial :)

Thanks for the tutotrial! And your result looks really good.

Wow, it looks really effective, thanks for the tute and thanks for linking up ;-)

Great tutorial! I love your mini.

You did an amazing job. Thanks for sharing.

I'm thrilled to have found this. I've been planning a quilt for my husband using his favorite poem and I KNEW I would come across just what I needed to complete my vision. Much thanks!