Since finishing mum's knitting bag over the weekend, I've been on a bag-making high. Who knew I would love making bags as much as quilty things? Admittedly this one has been a looong time coming - I cut most of the pieces last summer and was feeling really nervous about making it (which is probably why I've left it this long). But last week, the bag I had been using finally died, so I decided to put my big girl pants on and make this one. Lots of photos to come :o)

I used Amy Butler's High Street Messenger Bag pattern (yes, the same one as I gave away last week - I accidentally bought two copies.) It's designed to be a laptop bag, but it's incredibly roomy so I'll be using it as an everyday bag (because as a mum I'm always carrying a LOT of stuff.) 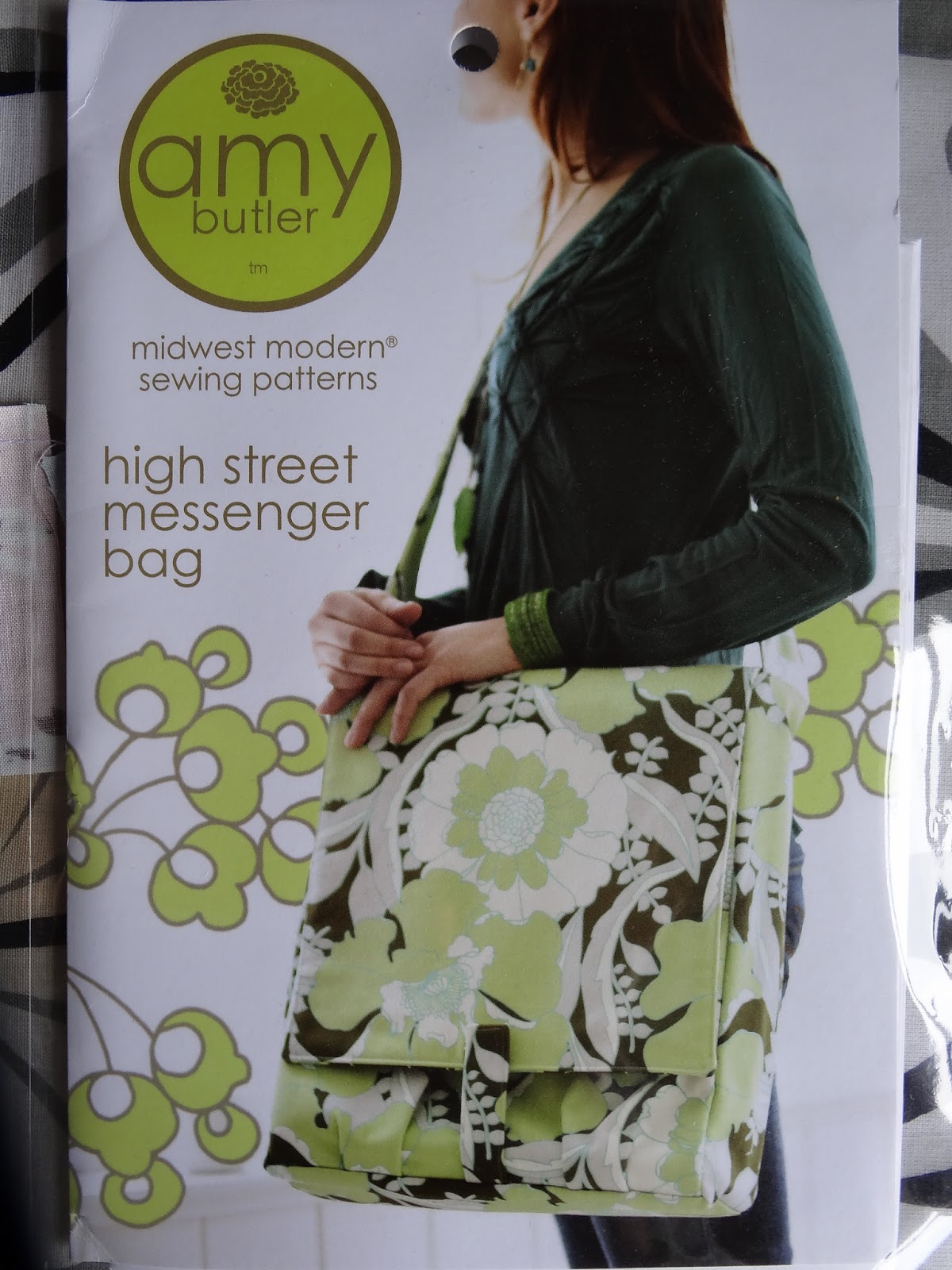 I've pretty much used Melody Miller fabrics for all of it (apart from a few bits of natural Essex linen for some of the hidden bits). I've used bits of most of her collections I think. The entire bag is interfaced with cotton duck. I'd never heard of this stuff - it's a heavy cotton canvas, and gives the bag a really nice weight to it. I used my walking foot for pretty much all the sewing (apart from the zips). There were a few tricky bits with lots of layers, but all in all it wasn't as bad as I'd feared.

The bag closes with a flap with a magnetic clasp at the bottom (first time installing one - and it worked pretty well.) 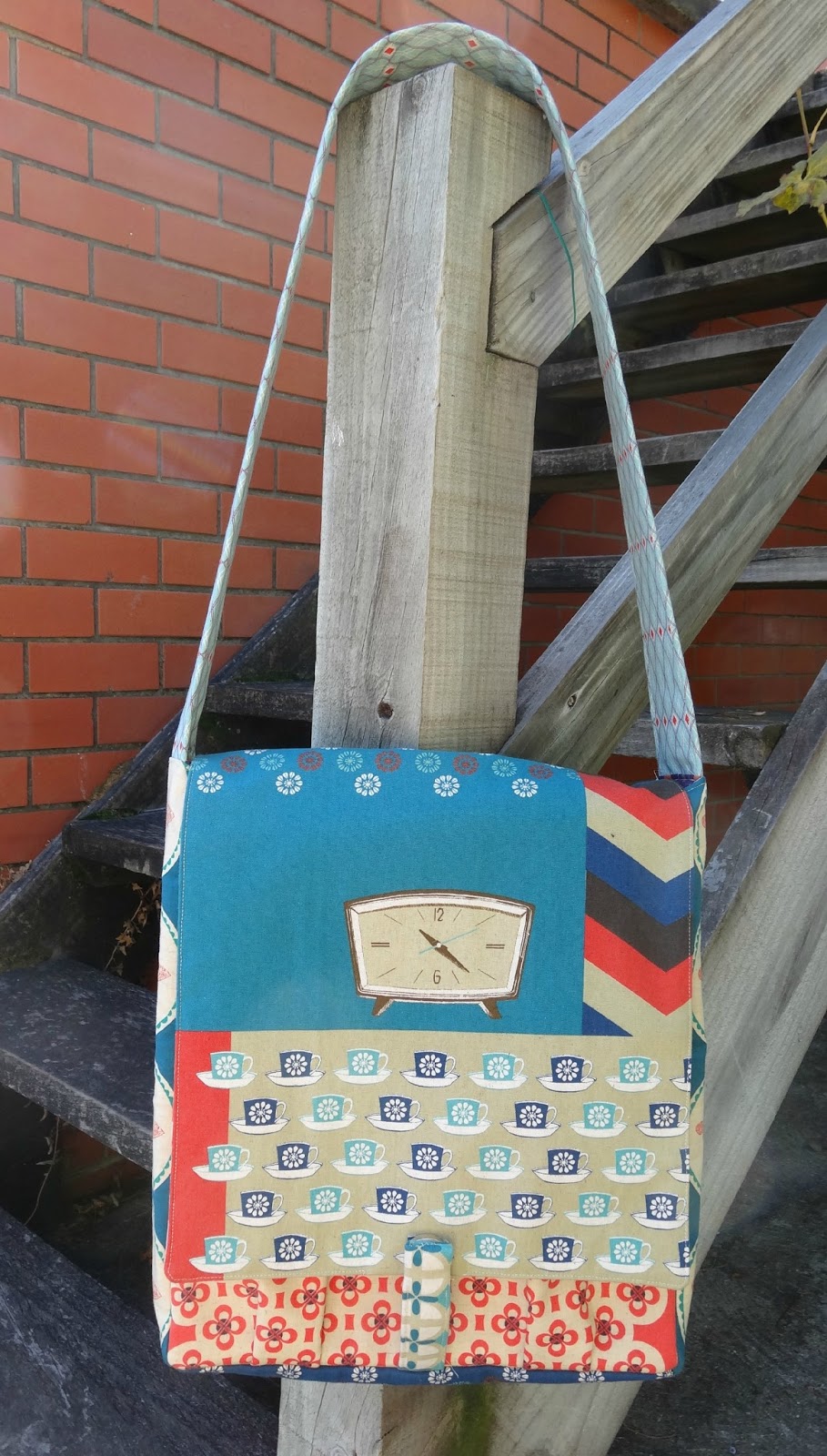 Under the front flap is a pleated pocket. 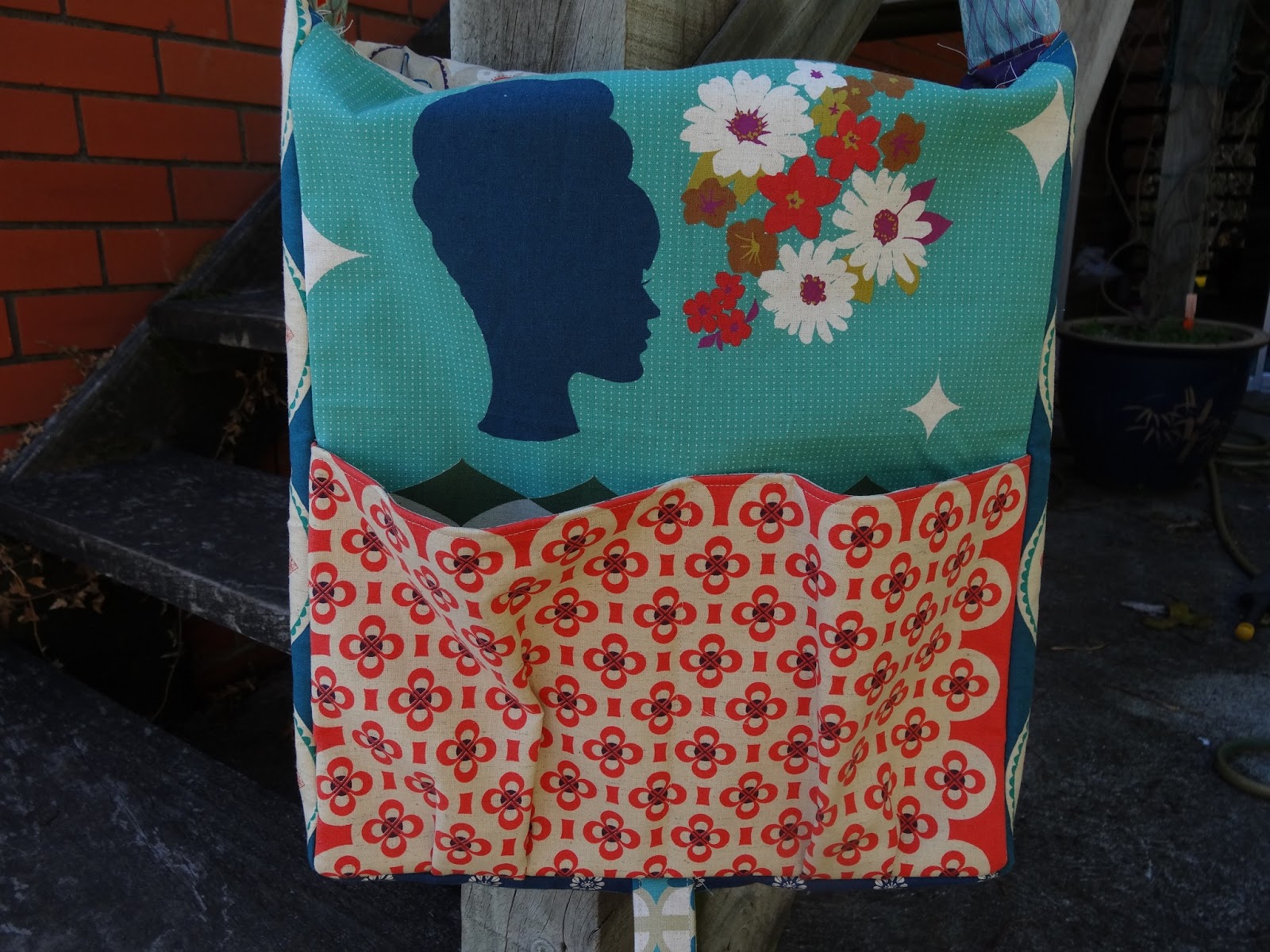 I fussy cut some bees and moths for the side panels. 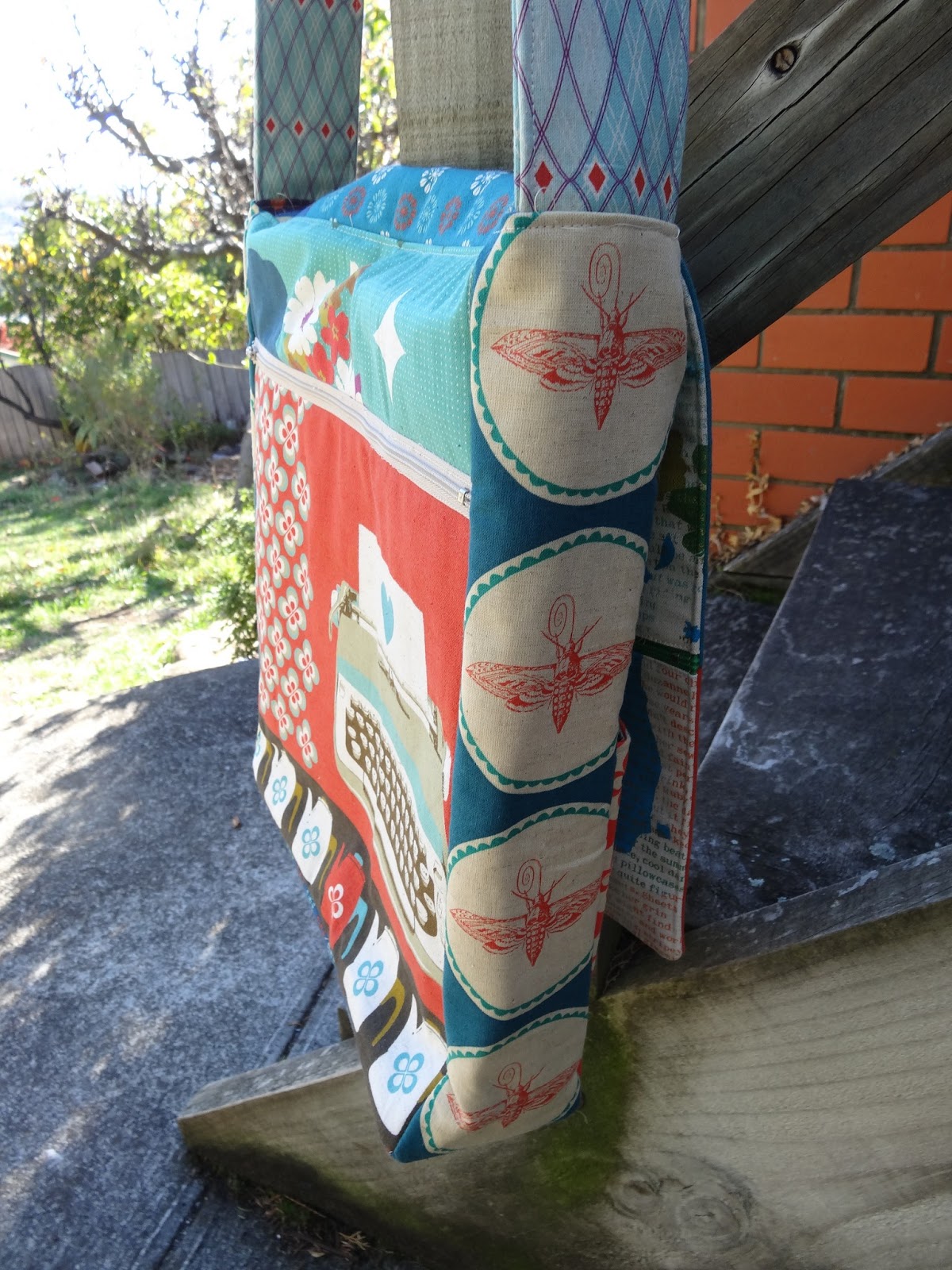 The back has a zip pocket and features one of my all time favorite Melody Miller prints :o) 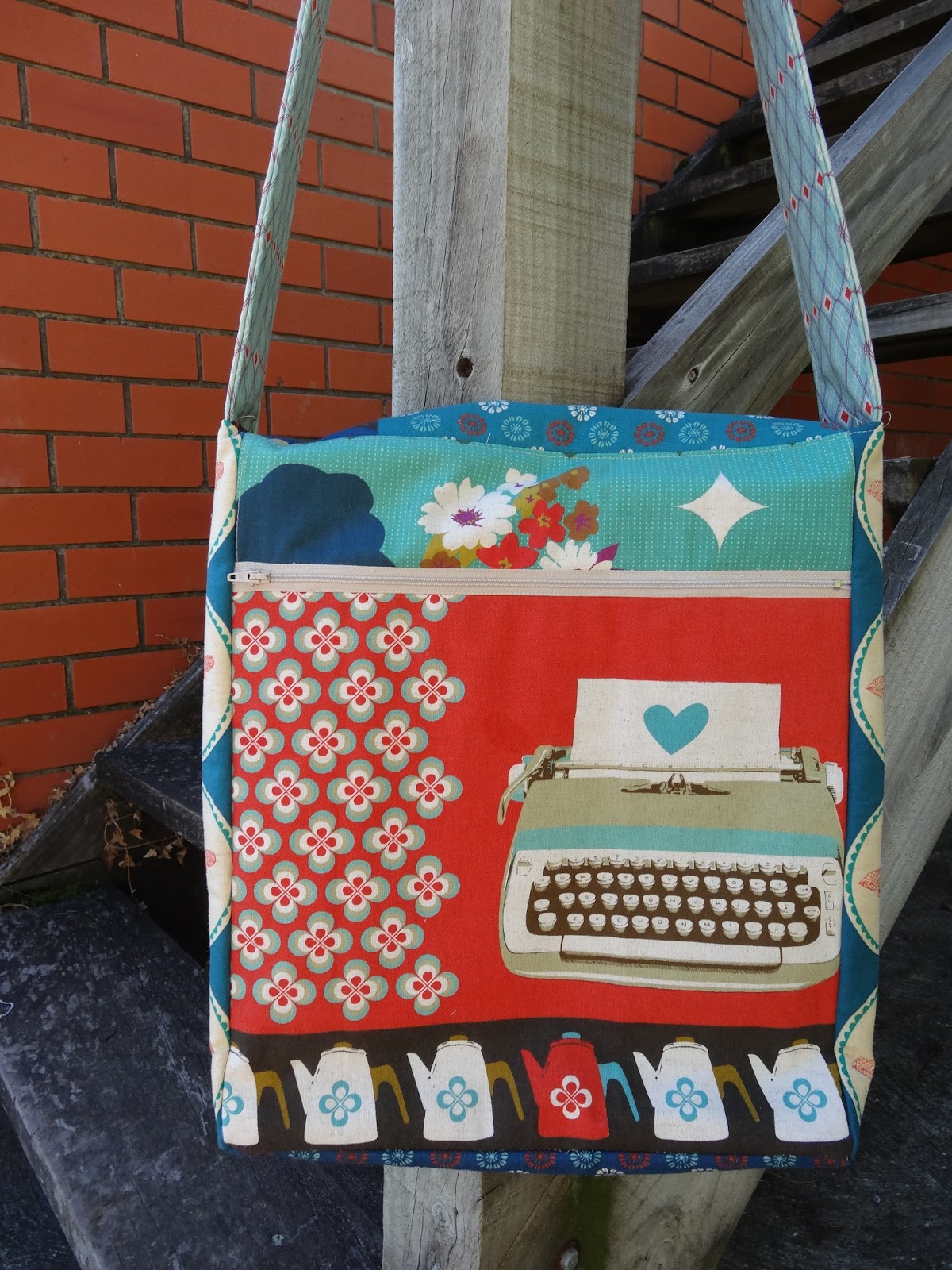 The inside of the flap has another pocket. 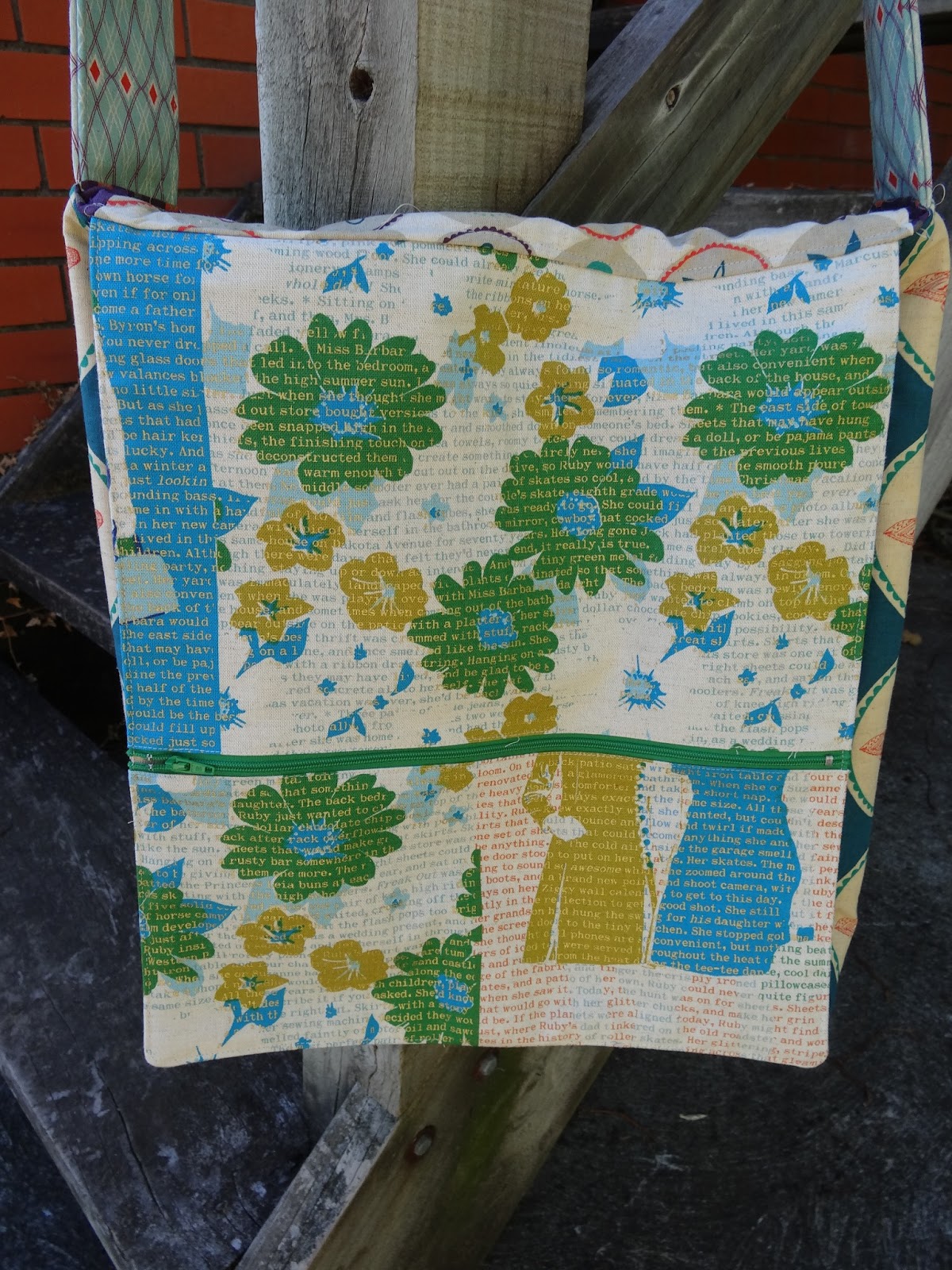 And the inside has a hanging zippered pocket panel, with lots of little pockets under it for pens and things. 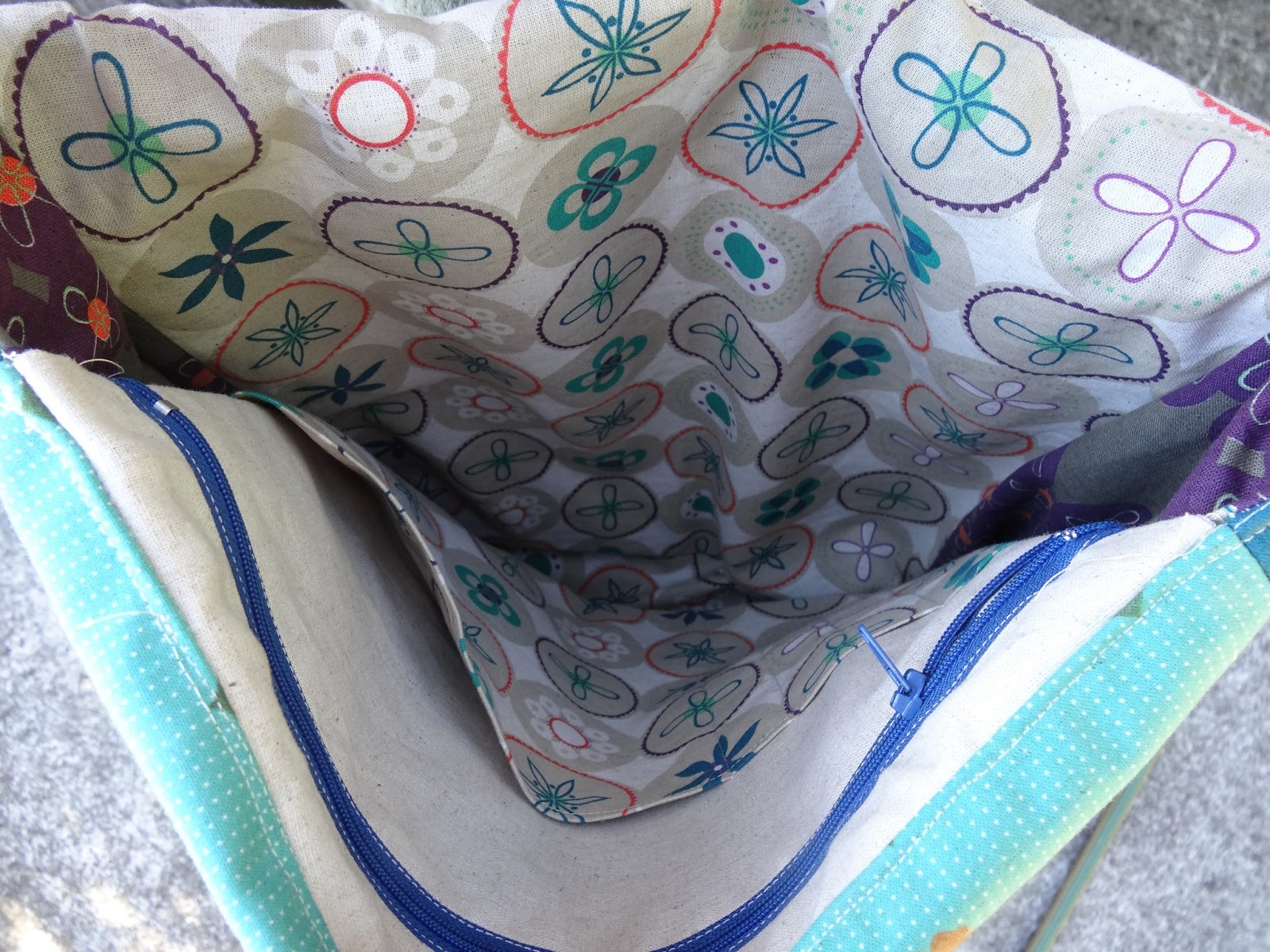 I am completely in love with it! Now I've overcome my bag making fears, I think I'm almost ready to tackle a Weekender :o) Caitlin is now stocking the patterns in her shop if you're interested in jumping on the Weekender bandwagon too!

This is my third finish this quarter in Leanne's FAL!

Your bag has fabulous personality! Wow! It's just gorgeous,

I've been working on a bag this week too - the Super Tote by Noodlehead. And like you, I was a bit scared of messing it up but I'm going slowly and carefully and it seems to be coming together nicely, even with all the thick layers.

blimey..I'm off for a lie down. melody miller gorgeousness overload! Great job, Jess

Love this Jess - you did such a gorgeous job and yes, bags are great!!

Ahhh you did a great job! Let's do the Weekender together! Lol. All the requirements overwhelm me!

Yay, it looks great :o) There might even be a bag-along bag for you to make soon...

Awesome Jess! You just can do no wrong. It's a great bag!

Oh that is fab, and great fabric choice and placement, well done

so gorgeous - I just love that Melody Miller fabric :-)

Great bag!!! Thanks for linking up with me this week :)

Beautiful bag! The fabrics you chose are awesome. Great finish.

Chris Dodsley @made by ChrissieD said...

Gorgeous bag and you know I've been using those fabrics a lot myself lately! :)

I love your site! You will be in our prayers and thoughts! Nice and informative post
on this topic thanks for sharing with us.Thank you
glue removal

This is a gorgeous bag - I love messenger bags as well. Very cool prints you use as well. Lovely Finish!