A few weeks ago, my nephew turned three. I had bought this gorgeous dinosaur panel from Frangipani Fabrics (where I work/teach - it's very dangerous!) about six months ago intending to quilt it for my sister's small dinosaur fanatic, but kept putting it off until a few days before his birthday party. There were a few rather late nights involved in getting it finished! 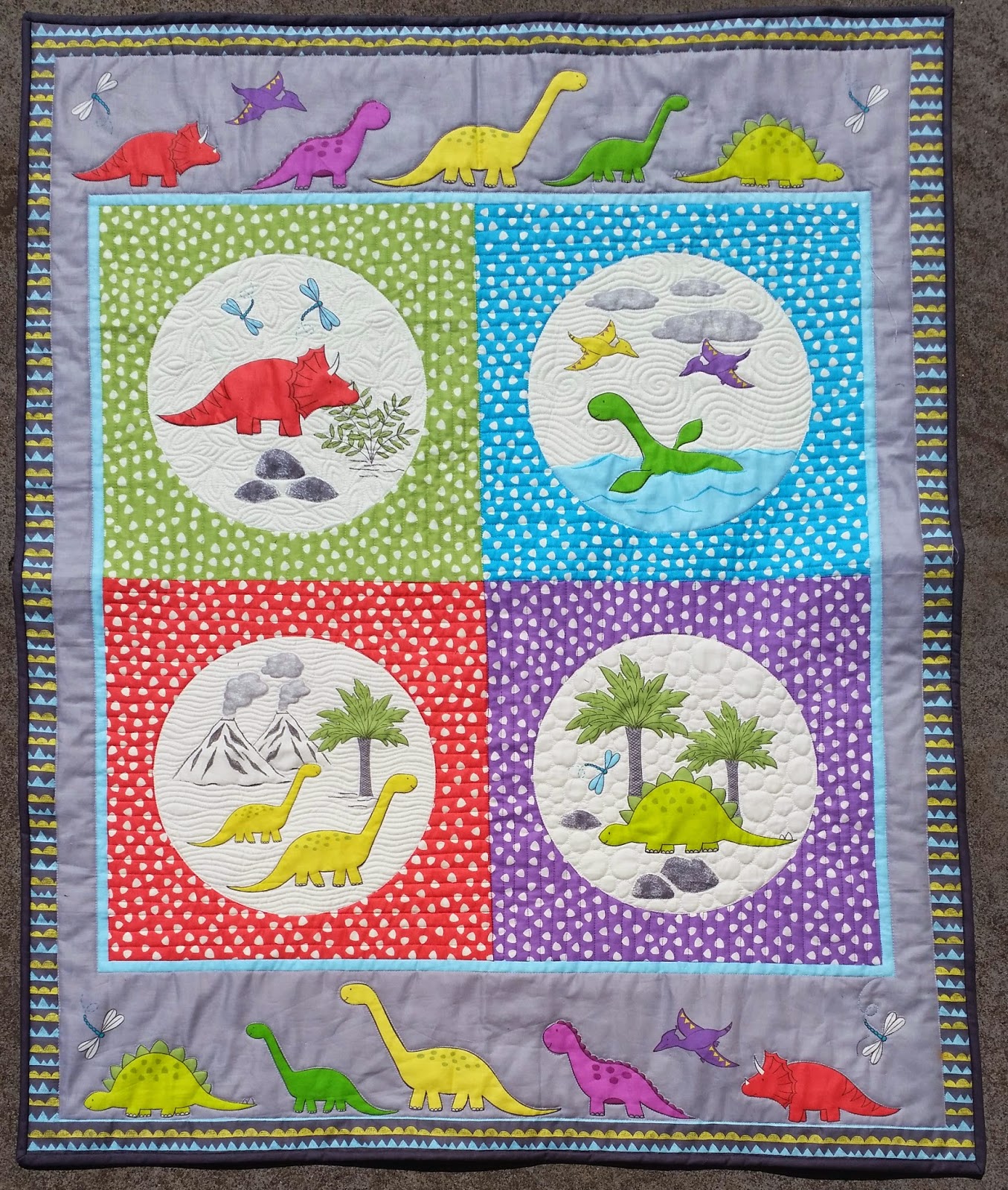 I haven't really quilted panels before - but it is seriously so much fun. I started by quilting the circular dinosaur pictures, and tried to choose designs that suited the pictures. Nothing fancy, I just wanted to add some interesting texture in the backgrounds. Swirly air-currents, 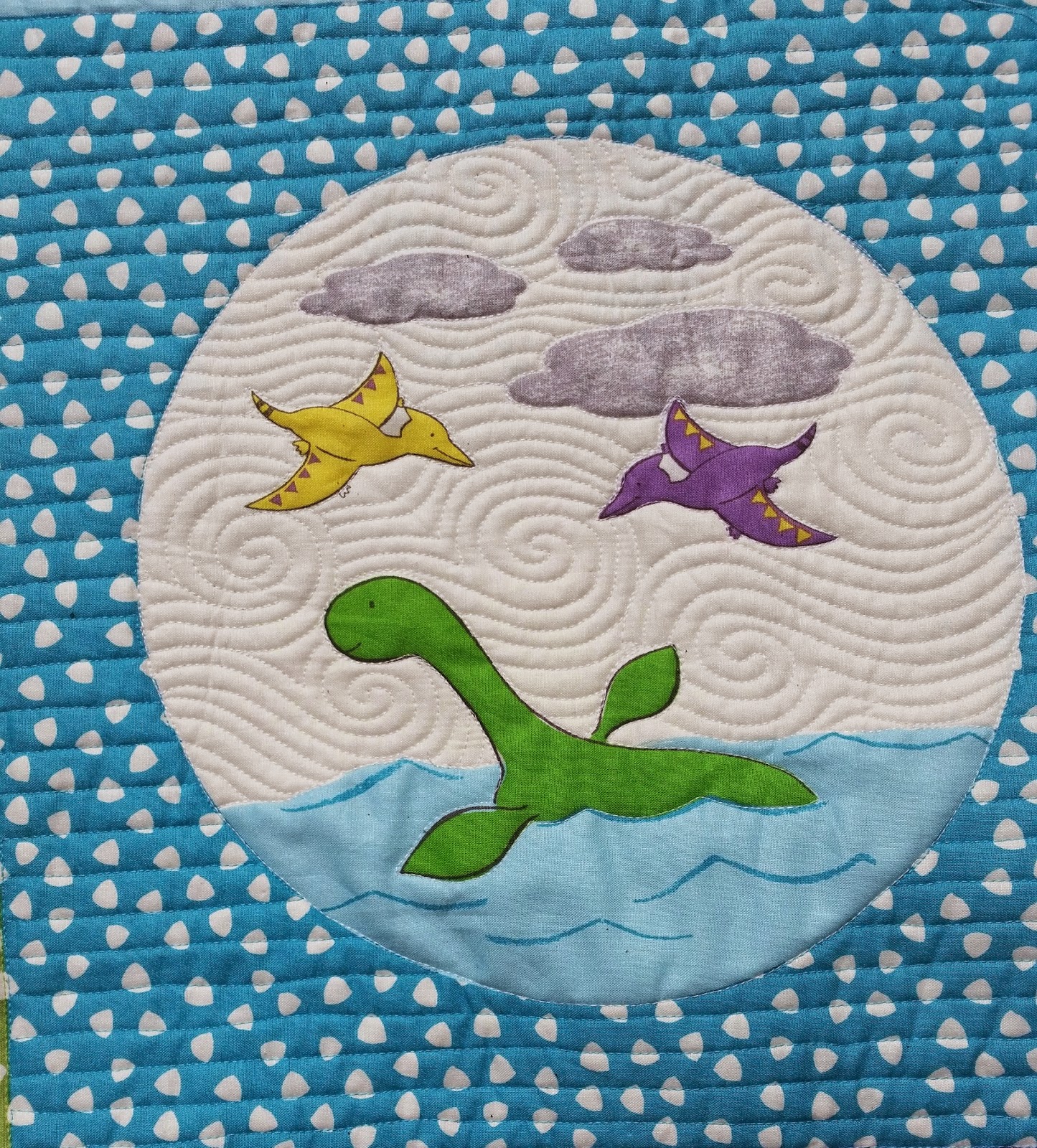 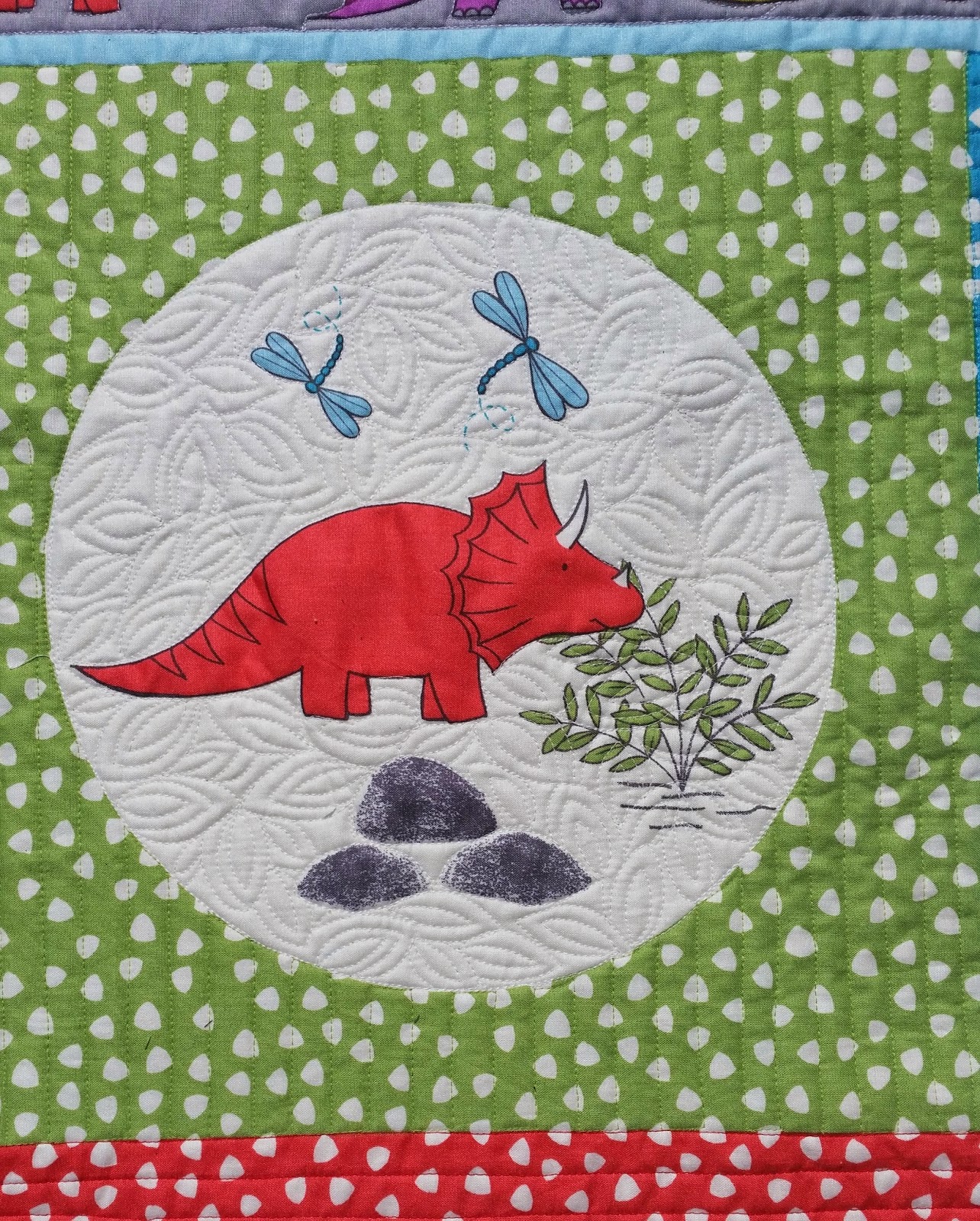 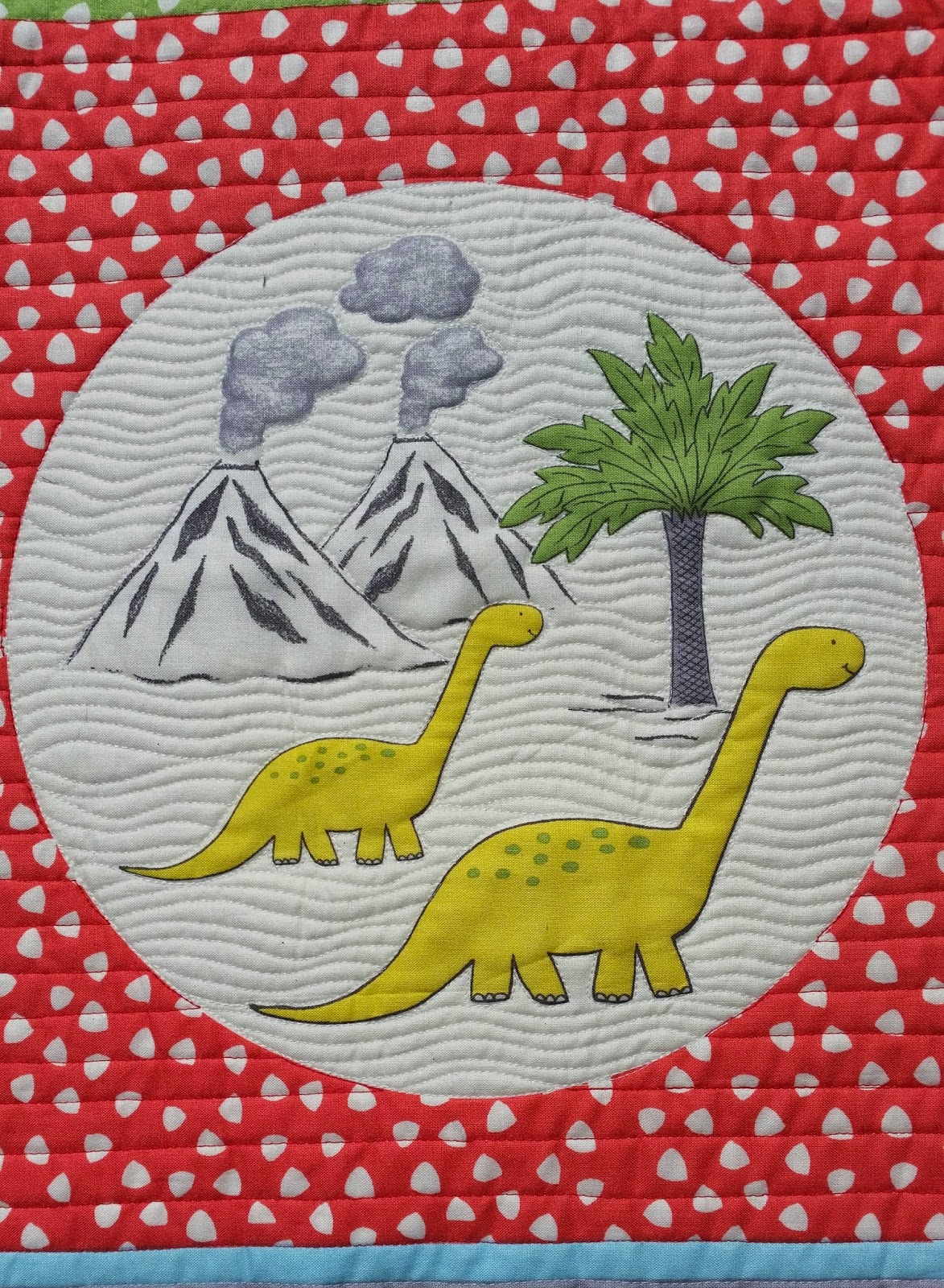 and a few more pebbles.

In the large coloured squares, I FMQ'd straight lines in threads that matched the background and in the outer border I simply quilted around the dinosaurs.

I did put little hanging pockets on the back, thinking it would be a good wall quilt, but apparently it has now replaced his normal blankets and he won't sleep under anything else. As it should be really ;o) I do have another panel waiting to be quilted - my 4 year old spotted a Frozen panel and is regularly harassing me about it, so I suspect you'll see that soonish too.

PS I apologise for the lack of FMQ tutorial this week - I had great intentions, but then came down with a virus on Monday night so I just haven't had the energy to film anything yet. I'm hoping to get it done tomorrow though, so please bear with me on it :o)

so fun! No wonder he doesn't just want it hanging on the wall :-)

That's so cute, great quilting. I love the Lewis and Irene dinosaurs I just don't know what my excuse will be for buying them as I want them for me!

Oh dear, a Frozen panel?! Don't tell my almost-five year old. She already tries to claim most of my quilts.

You really elevated the panel with fantastic complimentary free-motion. Get well soon.

You did a fabulous job with this quilt!! The quilting is the perfect complement for it!! Now I have to find a Frozen panel??? Oh geez!!

it really is cute and just goes to show how adorable a simple panel quilt can be.

Very cute! Not sure what you're going to do to Anna and Elsa though o.O

this is so cute! I saw the same panel at the weekend and nearly bought it for my 2-year old nephew who's mad about dinosaurs!

so cute. I can see why he wouldn't want to sleep under anything else :)